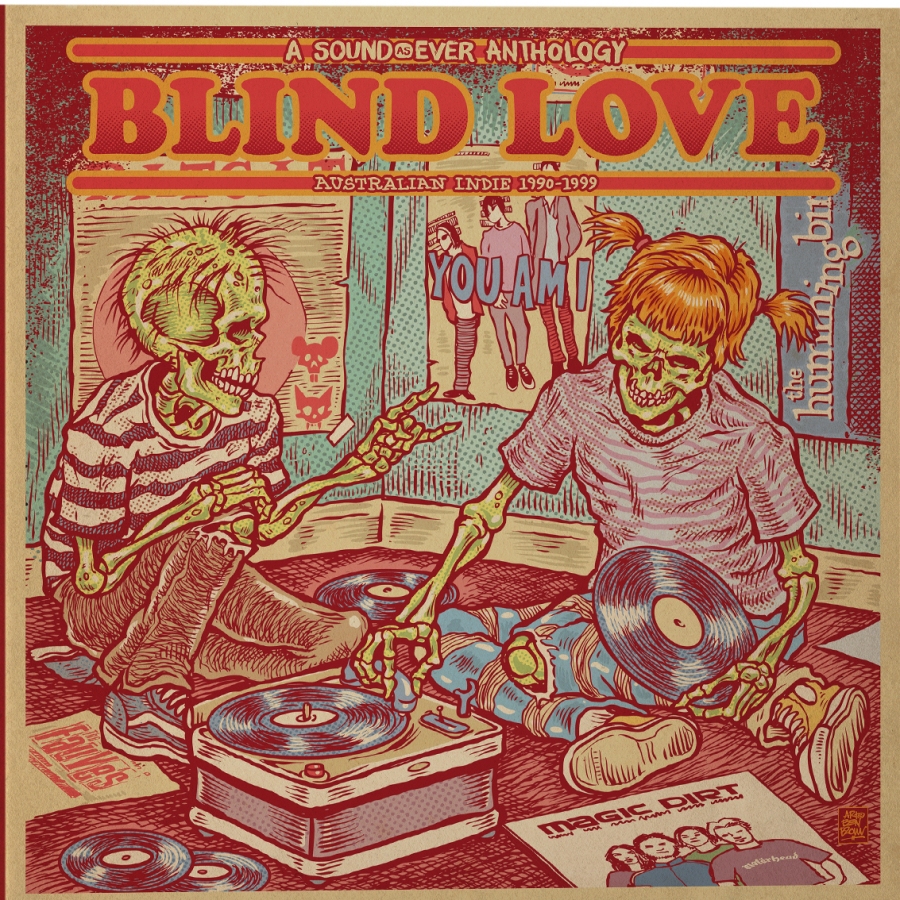 “It was a really buoyant time for a lot of people while it lasted. ‘Blind Love’ to me represents the enthusiasm the audience of the time had for live, loud music and for the scene in general.” – Simon Day

Earlier this year, the team at Universal Music Australia approached us about curating a compilation album of our favourite 90s bands under the Sound as Ever umbrella. They had heard our “Soundie” members’ pleas for vinyl!

The resulting album is called BLIND LOVE : A Sound as Ever Anthology, and it is one of the greatest 90s Oz music collections ever released. The album features incredible artwork from Ben Brown (Hellmenn).

Blind Love features the cream of the crop of Australian 90s bands such as Frente, Grinspoon, Something For Kate, Drop City, Sidewinder, Ammonia, Spiderbait and so many more. Many of the songs appear on vinyl for the very first time.

The 25 song Blind Love album will be officially released on November 25, but is available to pre-order now on double vinyl and on double CD, with poster and t-shirt bundles available also.

Jane and Scott (Sound as Ever)

Go to JB Hi-Fi and Sanity to pre-order the double CD or double vinyl. For vinyl or CD bundles with a poster, or black or white t-shirt, go to The Sound of Vinyl.